The Health Economics of Climate Change

In this article, we take a closer look at the impact of climate change on health and the health economic issues this presents.

What are the Main Health Risks of Climate Change?

Climate change is a public health issue because it threatens the well-being of people around the world. The health economic risks posed by climate change include heat-related illnesses, respiratory problems, vector-borne diseases, and mental health issues.

By 2099, Climate Change is expected to be one of the leading causes of death worldwide. 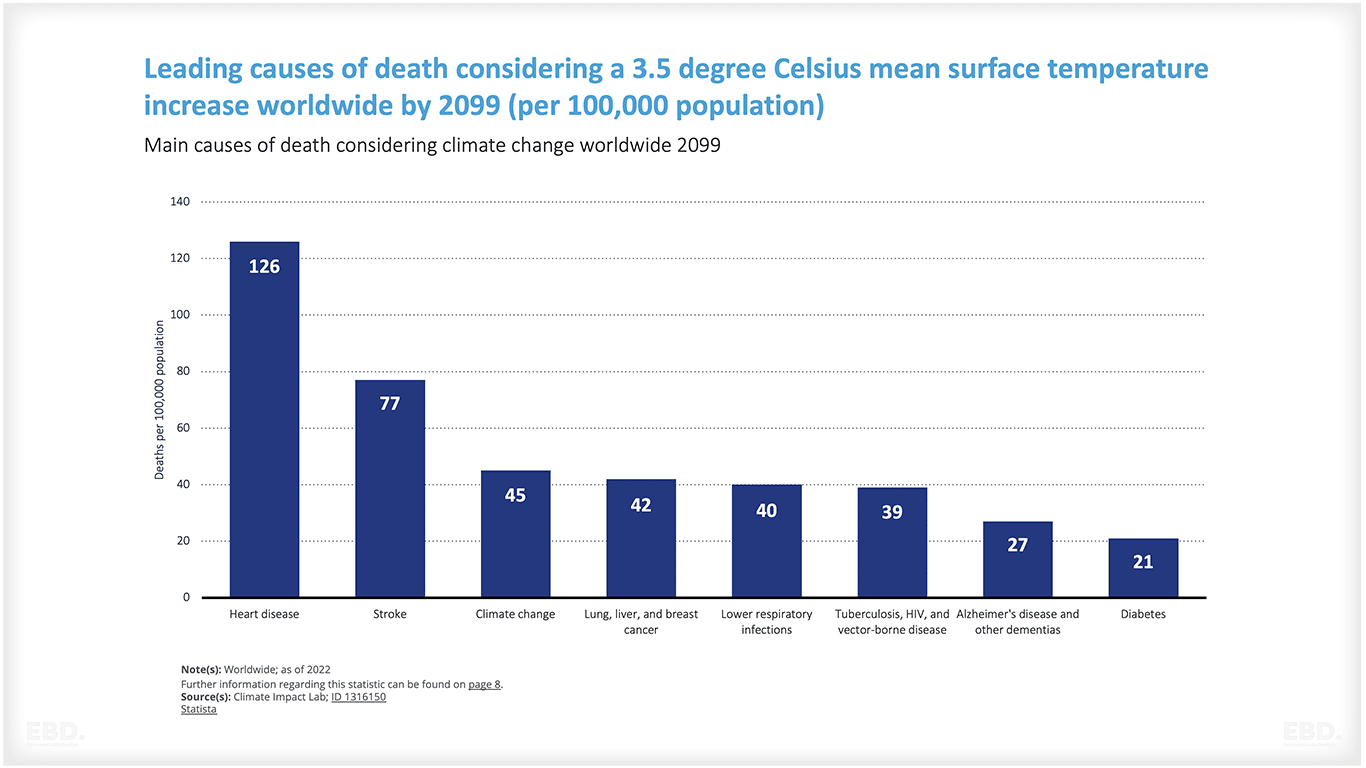 Launched on 31st October 2022 ClimaHealth provides a comprehensive overview of the impact of climate change on population health. Estimates suggest 13 million people die each year as a consequence of climate change. By comparison, World Health Organisation estimates of COVID-19-related deaths suggest around 3 million in 2020.

Climate change risks include for example extreme weather events, heatwaves, air pollution, flooding and droughts. Their impact on health is made worse for populations already living in poor socio-economic and conflict-affected socio-political geographies. And the impact on health outcomes is affected by the readiness and resilience of health systems.

Here are just some of the issues:

According to the World Health Organisation, one of the most hazardous climate change risks to health is caused by heatwaves.

SThey can cause dehydration, heat exhaustion, and heat stroke. Elderly people, young children, and people with chronic medical conditions are especially vulnerable to heat-related illnesses.  According to the Commonwealth Fund, over the first two decades of the 21st Century, the number of heat-related deaths doubled in those aged 65 and over. Respiratory problems can be exacerbated by air pollution and smog, which are worsened by hotter temperatures and increased ozone levels.

Climate change can also lead to the spread of vector-borne diseases, as warmer temperatures and changing weather patterns create new habitats for disease-carrying insects. For example, dengue fever is Spread by mosquitoes that breed in standing water. As a result of climate change, dengue fever has become a global problem.

Flooding such as flash floods, river floods or coastal floods can contaminate water supplies with chemical pollutants and increase the risk of waterborne diseases. Flooding also creates conditions that are conducive to the spread of vector-borne diseases. For example, flooding can lead to an increase in the populations of mosquitoes and other insects that carry diseases such as malaria, dengue fever, and chikungunya.

Cyclones and other types of storms can cause severe damage to infrastructure and homes, causing significant injuries and fatalities.  They can also contaminate water supplies and lead to the spread of waterborne diseases.

What Impact is Climate Change Having on Health Sector Costs? 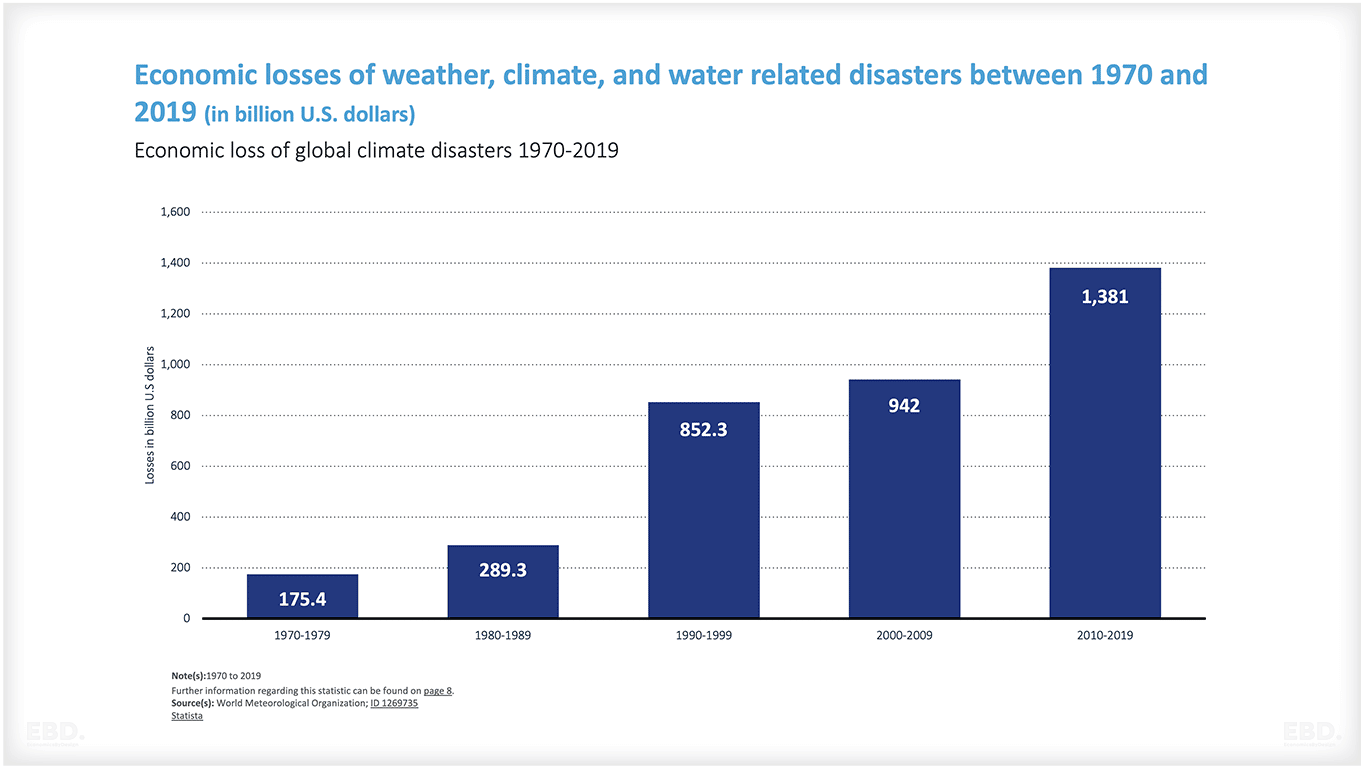 Climate change is expected to add $2-4bn per year to the cost of health services by 2030.

What Actions Can Be Taken to Reduce the Health Harm of Climate Change?

Let’s not forget that the health sector also has an impact on climate. Estimates from Deloitte suggest that

“if the global health care industry was a country it would be the fifth largest greenhouse gas emitter on the planet“.

The World Health Organisation has set out 10 recommendations to reduce health harms from climate change:

There are several actions that health agencies in particular are taking to reduce the health harm of climate change. These include:

One example of this is The Climate Resilience for Frontline Clinics Toolkit has been developed in the USA to provide resources for patients, providers and purchasers of health care to help prepare for and mitigate the health risks associated with climate shocks, such as hurricanes, floods, wildfires and heatwaves.

What Climate Adaptation Measures can Health Systems Take to Reduce Their Contribution to Climate Change?

There are a number of climate adaptation measures that health systems can take to reduce their contribution to climate change. These include:

The NHS in England claims to be the first national health system globally to commit to net zero emissions from health services (October 2020). Its Net Zero Strategy sets out a series of actions relating to direct Interventions aimed at decarbonising the NHS through investment in low carbon / green solutions across:

It also proposes actions for delivering a net-zero NHS through the development of more sustainable Models of Care such as:

and investment in developing capacity and capability across the workforce to work in different ways.